If my blog posts are scarce it is because I am burning the midnight oil preparing for Eat Local Month events and also doing some freelance writing on the side. Here is my latest contribution to the Charleston City Paper’s “Dirt” magazine.

Brace yourself. I am about to commit the ultimate Southern faux pas. I am going to compare Charleston with a city up North, and even suggest that we can learn something from them. Although the Holy City has established itself as a world-class destination and a foodie town, we are still years behind many East Coast cities when it comes to reaching our full potential.

On a recent trip to Vermont, I found myself drawing many parallels between Burlington and our own Charleston. Take away the obvious differences in climate and geography, and you have two award-winning cities located on the water with unique characters, strong ties to history, a steady influx of tourists, and colleges located in their downtowns. While both locales boast healthy local economies with farm-to-table movements and strong agricultural ties, Burlington is way ahead of the game. But it’s easy to see how Charleston could eventually adopt many of its ideas.

Michael Ewan, a former Charlestonian turned Vermonter, has been in Burlington since 2008 and has an interesting perspective on the two cities. “In Vermont, the farming and gardening community is very established. It’s not just a trend; it’s part of the culture,” he says.

The parks and recreation department has dozens of established community gardens, CSAs are popular, farm-to-school programs are strong, and most residents have gardens. As a new arrival, Ewan said it was impossible not to notice the emphasis on eating local produce and products. They have strong programs like the Vermont Fresh Network, Local First Vermont, and the Northeastern Organic Farming Association along with plenty of support from both state and local governments.

Between the centrally located downtown market, the Onion River Co-Op, the Intervale Food Hub, and all the local businesses and restaurants sporting Local First Vermont and Vermont Fresh decals, you practically trip over local products wherever you go. The Onion River Co-Op and City Market, located in downtown Burlington, is a 16,000-square-foot community-owned grocery store. Started as a food-buying club in 1973, the co-op expanded in 2002 when the City of Burlington provided city land to the operation. The store is filled with an array of local products from maple syrup and produce to beer and fresh bread, all of which is priced competitively, making it easy to buy local.

Walking through the co-op, I started wondering how Burlington had become what it is today and why Charleston, while making great leaps recently, is still trailing behind. I realized that both Charleston and Burlington have long histories in agriculture, but their paths diverged because of how the producer communities have been stewarded and supported over the years. A few decades ago, both areas were rapidly losing farmers and their farms. In Charleston, these properties often became timber forest or were sold to developers. Although Burlington lost land too, the city recognized the negative trend and made a ruling in 1987 to rezone their largest agricultural property to exclude industrial and residential growth. Following this ruling, the Intervale Center launched as a community compost facility and farm. In 1989, the farm began Vermont’s first Community Supported Agriculture program, which still runs today. By 1990, the Center realized the need to assist new and beginning farmers in cultivating the 350-acre parcel and created the Farms Program, a farm business incubator. The Farms Program has since trained over 40 farmers who have helped to increase the steady influx of fresh local products into the community.

Thomas Case was one of the first of these 40 farmers to receive business incubation for his farm Arethusa. The program provided Case with the property, equipment, and the support he needed to get his farm business off the ground with minimal investment risk.

“The Farms Program helped me start at a professional level,” notes Case. Without the program, it would have taken him twice as long and, depending on the availability of affordable land, could have been impossible. He has grown his business into a 20-acre certified organic spread that is rotated between cover crops and six to 10 acres under production. During peak season, he employs an additional eight people as well as a part-time staff for weeding. His farm relies entirely upon the local market, which is fine because his biggest challenge is meeting the demand. A few years ago, he was going door to door to restaurants trying to sell his product. Today, he’s the one getting direct calls.

One of the restaurants supporting Arethusa Farm is the Skinny Pancake, a local crêperie. If a foodie, a festival, and an environmentalist had a love child, it would be the Skinny Pancake. It started as a food cart made from reclaimed kitchen flooring and a sailboat trailer. Before long Jonny and Benjy Adler decided to take the show on the road with a veggie-oil-powered school bus. After two years, they put on the parking brake and created a venue for “local culture, local music, and, of course, local food and the farmers that provide it.” In the fall of 2010 they audited their business and found that 68.8 percent of their product was sourced locally. Now the company prides itself on providing delicious food, made from local products when possible, that is affordable to the average person. Benjy says being 100 percent local has never been his goal because, as his former professor and famed environmentalist Bill McKibben taught him, a local business can only be truly sustainable if it remains affordable for the average person.

This culture is not solely unique to Burlington. Strong Vermonter pride runs deep throughout the state. It’s one of only four states that does not allow roadside billboards, and it has the only capital city without a McDonald’s. In fact, McDonald’s actually opened a restaurant in downtown Burlington, but it went out of business.

Even more poetic, the former McDonald’s building is now one of Burlington’s newest farm-to-table restaurants, The Farmhouse Tap and Grill. For General Manager Michelle Risley, the fact that the McDonald’s could not survive in their downtown was “a good indication of how Vermont operates and how we like to spend our dollars.”

Inside the restaurant, the fast-food chain has been transformed using reclaimed fallen silos, granite, and ash from the area, giving it a genuine Vermont atmosphere. As if having local produce, artisan cheeses, housemade charcuterie, and local beers was not enough, they also have a downstairs parlor complete with a fireplace for the winter months and an outdoor beer garden in the spring. This innovative gastro-pub works with 40 to 50 vendors a year, sourcing between two-thirds and three-quarters of their products locally. The addition of the Intervale Food Hub in 2008 made this process even easier for restaurants and consumers alike. Risley says there’s a real sense of camaraderie in the local community that makes the whole system integrate better.

These restaurants are just two among dozens within Burlington that support Vermont’s local food movement. “It’s rare that you walk into a local restaurant and see that it is not a member of the Fresh Network,” says Michael Ewan, who agrees with Risley that Burlington has become what it is today because of the collaboration between farmers, chefs, businesses, and nonprofits, which are all supported by the public. Benjy Adler suggests that these types of movements happen when a city comes to “a tipping point where consumer awareness, organizational support, and farmers come together.”

I think Charleston is well on its way to reaching that point. Celeste Albers of the Green Grocer, a longtime advocate for local, organic, and sustainable food systems, agrees, “Charleston has come a long way in the last 15 years. Early on we were far behind, but we are catching up now.” These next few years are going to be crucial for ensuring we have a strong local food system to support everyone’s needs, regardless of what may come. The beauty of this movement is that everyone is a part of it, and it’s not hard to get involved. Meet your farmers, talk to the chefs, vote with your dollar, advocate at your office, and help support those working hard to preserve the history and character of the Holy City. After all, eating locally is something that many native Charlestonians have been doing for generations, so it’s time we return to our roots and revitalize those honest traditions.

Nikki Seibert is the director of sustainable agriculture at Lowcountry Local First and was one of the first graduates of their Growing New Farmers program. 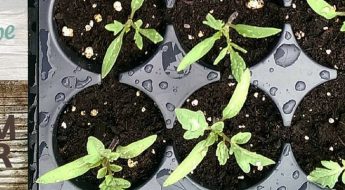 Behind the Scenes of the Food System