I have had this quote on my facebook for a while and it is more true now than ever. “I want to stay as close to the edge as I can without going over. Out on the edge you see all kinds of things you can’t see from the center.” -Kurt Vonnegut

Although I am a little exhausted from the extreme shift in highs and lows, I am not sure if I would be any happier in the middle.

High: House sitting job that comes with this view… 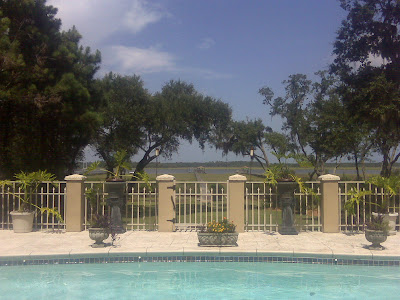 Low: Billy-the-goat died Friday. Cleveland let me cry on his shoulder and then helped me bury my little friend in true farm style, with a backhoe. I had to leave work early and I couldn’t bring myself to come back until Monday. He will be missed. I am thankful for him teaching me so much about goats, I just wish I had learned it all before it was too late. 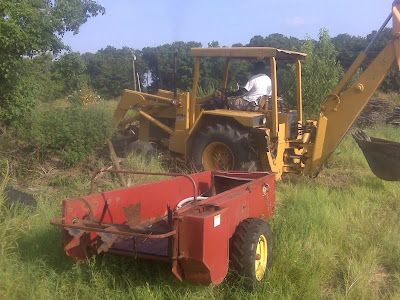 High: A whole weekend off (this is a rarity for me)…starting with a house-cooling party… I somehow managed to have zero pics of this fantastical day but close your eyes and imagine a steady flow of friends, dogs, and children… swimming, playing lawn games, sharing food, and laughing. Then Dan and I spent Sunday making food, sharing drinks, swimming, playing video games, and napping. 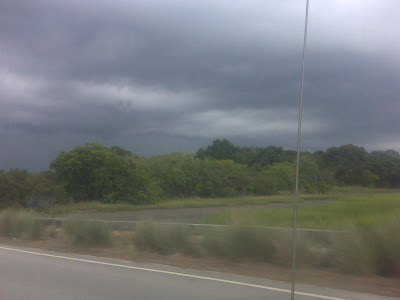 High: Dan got free tickets to see Edward Sharpe and the Magnetic Zeroes… 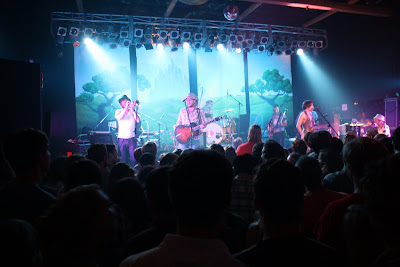 And why not one more High: Best email subject line ever… thanks to my awesome Mom… 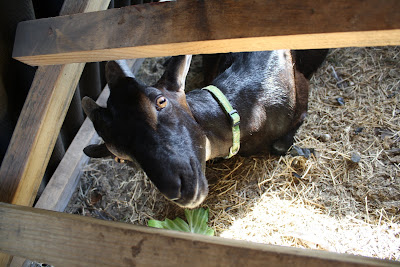 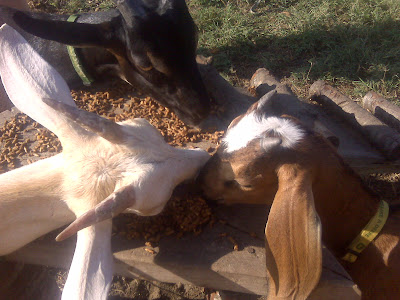 Every morning I spend an hour or more playing with my three darling goats at Josephs. I never have quite enough time to build them the palace they deserve but I try to spoil them with greens and horse feed. Sadly, my little guy Billy hasn’t been feeling so good. When I came in on Saturday he didn’t come running with the other two and just stood wobbling looking a little drunk. By the time I got into the pen, he had laid down and was coughing. His little tummy is so bloated I feel like he might pop! I have spent the last three days trying to figure out what is wrong and what I can do to help him. The kind folks at Burden Creek Dairy have been helping diagnose and treat the little guy…but its still a mystery. Taking care of goats is so intimidating because there is so much that can go wrong. I have to admit I considered taking him home so I could check on him during the night so I won’t stay up thinking about him. Hopefully he will pull through, so keep your fingers crossed for my little darling goat friend! 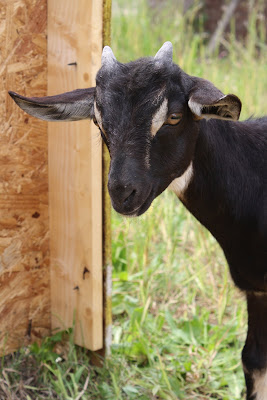 Here is a little ditty about women in farming:

http://www.rodale.com/women-farming?page=0%2C0
Where are all the farmers?
My new favorite magazine:
http://www.urbanfarmonline.com/

City Farms in Detroit
And finally, if you are in the south and looking for a great Newsletter… check out this one.