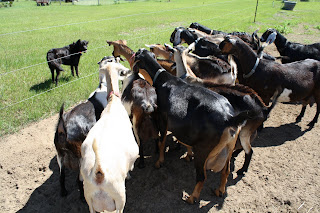 Obviously I do not have a lot of time these days to sit down and write, which is unfortunate, because I have so much to share. The past few months have been a time of change, adventure, learning, and the occasional hurdle. Alas, I am forced to try and fit many weeks of stories into a handful of entries 🙂 In an attempt to get things rolling I will start with a little bullet point action.

Things I have learned, in no particular order:
– radish seed pods are tasty when they are fresh
– it is next to impossible to get a student loan forbearance without excessive amounts of paperwork, some determination, and A LOT of patience. This also applies for food stamps (now called SNAP benefits). In the end, I got them both. YEAHYA.
– rutabaga and turnips look almost identical to the untrained eye (and yes, I sold “baby turnips” to some chefs without any of us knowing any better.)
– chickens LOVE melons
– sharp knives ARE more dangerous than dull ones when applied to your finger. So, when you are hosting a baby shower and the mother-to-be is taking a pre-party nap, do not try to cut tomatoes with freshly sharpened knives, because you will cut your finger to the bone and end up at an urgent care. See picture from last post.
-my dog will fetch random over-sized vegetables and toss them into the air and sometimes hitting herself, which in turn makes the field workers laugh
– tomatoes exposed to irregular watering will lose calcium and develop blossom end rot.
– the Girl with a Dragon Tattoo books are addictive. I am on the last one and I would read it while driving, showering, eating, and working if possible.
– the amount of edible flowers and “weeds” is unreal
– part of my endless stomach problems have been caused by stomach ulcers (after an endoscopy and colonscopy).
– anesthesia from said procedure made me laugh uncontrollably as I was going under and apparently I grabbed a nurses arm while he was trying to put the oxygen tube in my nose and said ” Isn’t this HILARIOUS?”. I mean, why are there not more comedies centered around colonoscopy and endoscopy? Apparently they are a hoot 🙂
– cutting a goat’s hoof is not as scary as I thought, but still very intimidating
– there is a dwarf pig that is not potbelly but something with a mohawk (they have them at Legare Farm… and I want one
– no one works harder than a farmer. Seriously. My boss is up at dawn and awake till midnight. He drives to Columbia, Asheville, and Savannah every week to sell his produce while also working six local markets. Pick, prep, pack, load, unload, sell, re-load, unload, maintenance, planting, and repeat. Six days a week.

So thats is just a brief list to cover a few points. A lot of people have been checking in with me lately because I have once again started to disappear. The reality is, the program I am in only pays me enough to cover a minimal part of my bills, so I spend a lot of my time working other jobs. I garden, I babysit, and I build things. The program also has me in a class called FastTrack for first time entrepreneurs, which is phenomenal, but the homework is yet another responsibility that I find myself juggling. While I am learning something new almost everyday, I feel like I have learned very little about actual plants and farm animals, so moving forward I am going to actively seek resources to learn about cultivation. I have been making contact with a number of people that I want to learn from and so far, so good. Hopefully in the near future I will be learning more about chicken manure, propagation, grafting, soil treatment, pest control, indicators, and even sheering sheep.

As far as my “plan for the future”, well, that is a work in progress. The other day, I sat at lunch with two of my favorite ladies, as we discussed the complexities of life in your late twenties. All three of us are hard working, driven, well educated women with the ambition to take over world, but all of us find that we are simply lacking the opportunity. The same conversation has taken place amongst a few of my other friends that also find themselves working themselves to the bone for meager wages and no job security. Are we all victim to a bad economy? Is it self inflicted? Is our inability to settle causing us more harm than good? What is the “right” choice, job, or city? And in the end… who the hell keeps getting the jobs I want?

When faced with growing debt, I ultimately have to make decisions that are financially sound but I know myself well enough to know that I will never settle for a well paying job I hate. My currently temporary solutions for the near future include being a nanny, building farm buildings, and working farmers markets. So these are not exactly resume goldmines but for my personal health, sanity, and bank account, they are the best options at this point. In the meantime I will celebrate the wealth that I have in my family, boyfriend, and friends while enjoying the ride 🙂 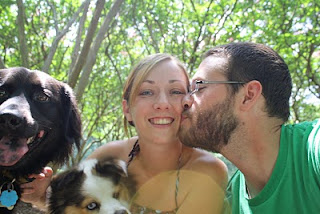 Motherhood has been an awakening for me and I will

Beauty and the bees. A posy made possible by putti